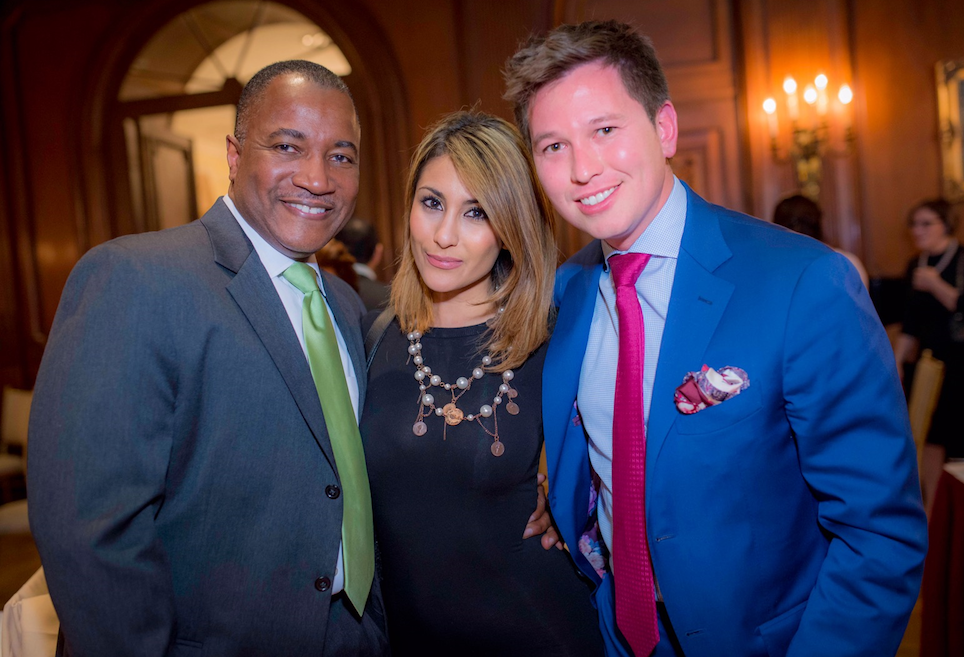 The Braddock Road Metro area in Alexandria has a significant amount of development in its pipeline, and, after buying an industrial property last week, Avanti Holdings Group plans to add to it.

The Alexandria-based developer bought the 19k SF building at 1200 North Henry St, below, for $3.85M from William Dwyer Properties, with NAI KLNB brokering the deal.  In the short term, Avanti will maintain the building’s eight existing leases, mainly light-industrial uses, and look to fill some of the vacant space, but the company has development plans in mind.  Avanti principal Teddy Kim tells Bisnow the company hopes to tear down the warehouse and build a roughly 100k SF development. The specific type of project is not yet certain, but Teddy says they are focusing primarily on multifamily, hospitality and senior living options.

“The office market is somewhat depressed, I don’t know that it’s a great office site anyway,” Teddy, pictured above on the right with Game Beverage Group EVP Bruce Caughman and Greenhouse Bistro’s Saba Givpour, says. “We feel like it’s going to be one of those three food groups, but we’re open to anything…At the end of the day more density is going to be the answer.” Teddy says they would also be open to ground-leasing the site to a retailer who wanted to build a store, but he is mainly focusing on development options to add more density. He says Avanti is seeking development partners with experience in Alexandria who could help them get through the approval process and build one of these asset types. The site is zoned for industrial, but under the Braddock Metro Neighborhood Plan the density could be increased to 2.5 to 3 FAR, which Teddy estimates would be roughly 90k to 105k SF. 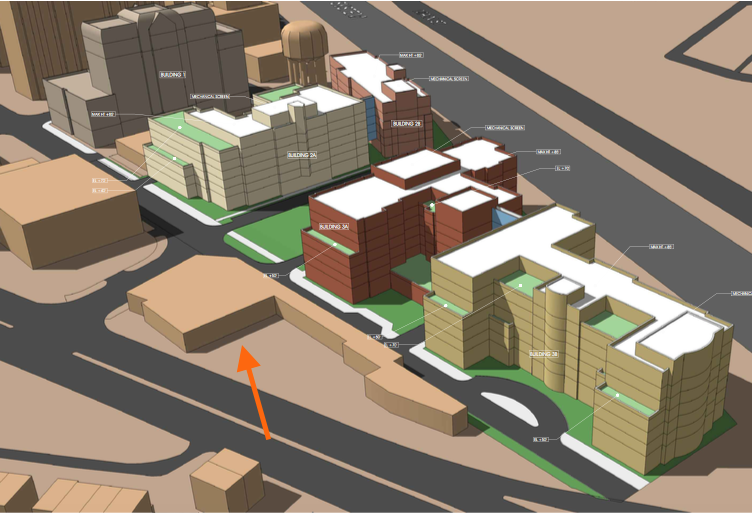 City of Alexandria Avanti’s site, with the arrow pointing to it, sits adjacent to the site of Jaguar Development’s Braddock Gateway mixed-use project, which is approved for more than 800 residential units. Jaguar sold the first building parcel to Trammell Crow in 2011 for $14M. After bringing in WashREIT as JV partner, Trammell Crow broke ground on the 15-story, 270-unit residential building (top left) last December and plans to deliver it next year.  “That’s why the hotel could be a potentially good option,” Teddy says. “Because you’ve got so many new units coming online and the location is so central. North Old Town is beginning to develop an identity…It’s a great location for anything, but a hotel in particular could add to that fabric.”  NAI KLNB’s Josh Simon, who worked with Avanti on the sale and is continuing to help Teddy with the development plans, says they are hoping to get through the approval process by late 2017 or early 2018. He says they have spoken with architects and, given the site’s characteristics, believes Avanti could build a seven-story building with roughly 20k SF floor plates, which he says would yield around 100 to 150 multifamily units or 200 hotel rooms.  If Avanti decides to go with hotel or senior living, Teddy expects to break ground as soon as possible. If Avanti brings in a multifamily partner, though, Josh says they will wait and watch the market—and Jaguar’s development—to determine when the best time to break ground would be.  Jaguar Development Jaguar controls the remaining four buildings of the Braddock Gateway project. The City Council in April approved Phases 2 and 3 (rendered above), which will amount to 541 residential units and 17k SF of retail, plus a two-thirds-acre park.  Jaguar managing partner Eddy Cettina says the company still has to go through the special use permitting process and doesn’t have a scheduled groundbreaking date yet. She says she has not talked with Avanti about its plans, but remains confident the neighborhood can support the amount of multifamily Jaguar is planning.  “I feel extremely good about the area, otherwise I wouldn’t be building on it,” Eddy tells Bisnow. “We’re 1,000 feet from a Metro and everything else that has been built in our immediate area is leasing very well.” The Braddock Road Metro area will be among the topics discussed by the area’s top developers at Bisnow’s State of Arlington County and Alexandria event on December 7.