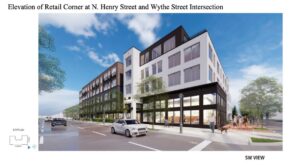 Avanti, a development company, is requesting a series of changes in zoning, density and more to demolish the Alexandria Lighting & Supply building and build a 5-story multi-family building with 94 residential units, underground parking and retail space on the ground floor. The project could go before City Council for approval in early July.

Alexandria Lighting & Supply, which has been in business for more than half a century, would move to a new location.

The project would include undergrounding utilities.

At least seven of the units would be affordable ho 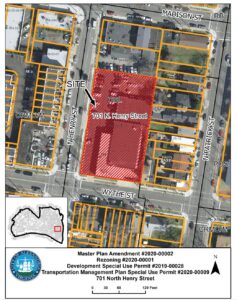 using. The residences could be rentals or condominiums.

The 0.75 acre site is at the corner of Wythe Street and North Henry Street.

More information about the project is available in city documents here.

A new daycare, retail and residential building will be going up on the north end of Old Town in the Braddock neighborhood.

City Council on Saturday approved a plan for a 7-story building that will include a daycare and playground, residential housing and retail at 1200 and 1230 N. Henry St. Saturday.

Right now, that property is primarily garage and warehouse space for a variety of auto and other businesses.

City staff, in their report to the City Council, said the property is “underused” and the site should become an “important gateway site into the Braddock neighborhood with a high-quality building.”

The new building will feature 11 dedicated affordable units as well as more than 100 other residences, a publicly accessible ground-level park/plaza and underground utilities. There will be two levels of below-grade parking.

In addition, according to the City staff report, “A signature gateway feature at the northern corner of the building marks the entrance to the plan area with a tower element. The base of the tower contains diagonal columns that form an abstraction of the letters “AV” to represent Alexandria, Virginia, welcoming those headed southbound on Route 1 to the Braddock neighborhood. These columns face onto a publicly accessible park/plaza. The northern tip of the park/plaza is a potential location for public art, drawing pedestrians into the space and offering respite to those heading south from Slater’s Lane and Route 1 to the nearby Braddock Metro.”

The location of the new development will be at the intersection of North Henry and Fayette streets.

The property is now owned by CNA Financial Corp. and a number of individuals and entities that together formed North Henry Partnership, LLC.

See renderings of the new proposed development below. 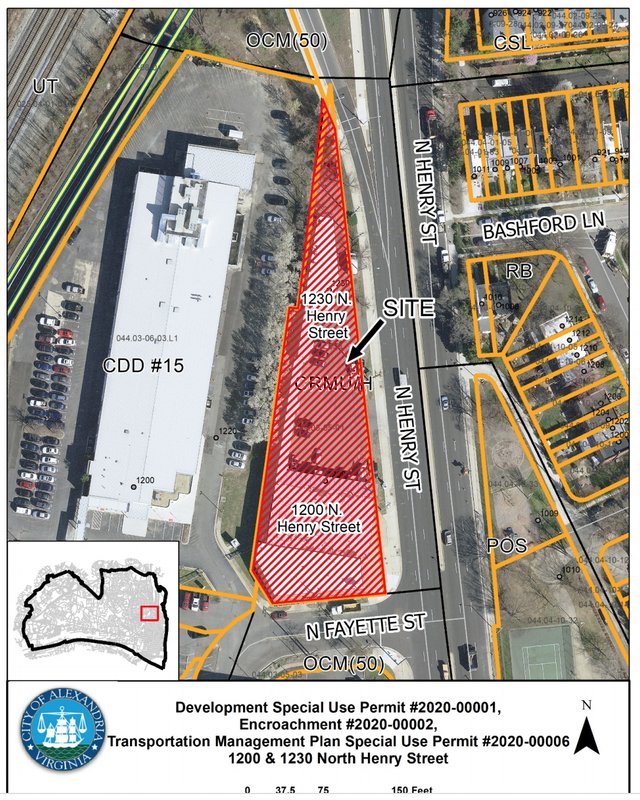 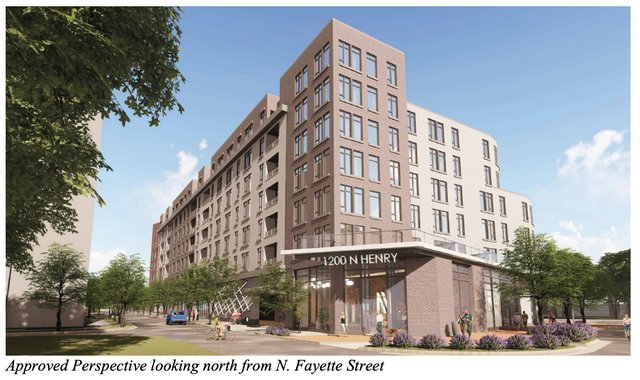 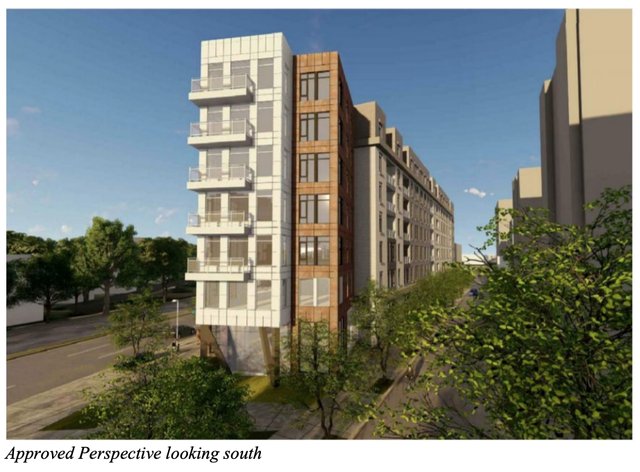